Getting private testing for sexually transmitted diseases (STDs) in the San Antonio area can be inexpensive, quick, and easy at one of our various test centers. For confidential results that won’t be reported to your insurance or put on your medical record, order online and visit a convenient location in downtown San Antonio, Boerne, New Braunfels, Stone Oak, Southside, and more!

Know your status for ten of the most common STDs. Our San Antonio labs offer same-day STD testing, which means you can walk in without an appointment after you’ve placed your order. Sample collection is quick (about 5 minutes), and you’ll be notified through your preferred contact method (text or email) as soon as results are available to view. (Most are available within 1 to 2 business days).

Think STDs can’t happen to you? Think again. The Centers for Disease Control states that each year, more than 20 million new STD cases occur. Many STDs have mild symptoms or none at all, which contributes to how commonly STDs are overlooked and unknowingly spread.

It’s physician recommended to test for STDs at least yearly to know your health and get treatment if needed. If you test positive through our service, our physicians are able to prescribe medication.

Our secure test ordering process gives you insight to your sexual health without a doctor’s visit. To start, order your test and visit a San Antonio lab near you!

Texas ranked 18th in the United States for the highest rates of chlamydia cases with a total of 151,533 cases in 2017. Texas also ranked 4th in highest rates of congenital syphilis (babies contracting syphilis from their mothers during pregnancy). (3) 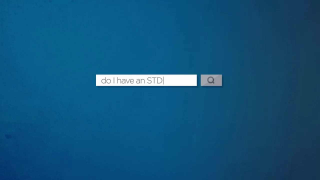