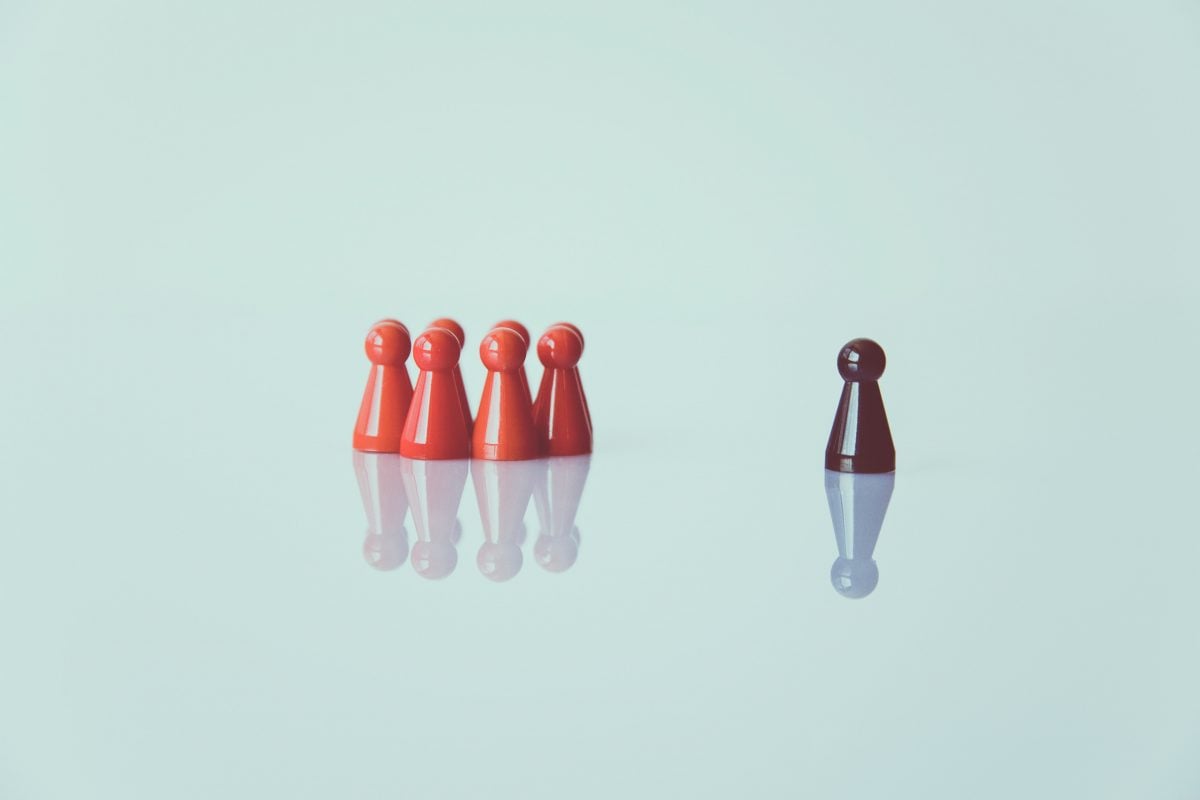 Yes, you read that right: There’s a new STD in town. You might have already heard of it. It’s called mycoplasma genitalium, and it goes by the nicknames Mg, Mgen, Mycoplasma G, and M. genitalium.  It is a common sexually transmitted infection (STI) that can cause pelvic pain and infertility in women.

And, it’s actually not so new. Scientists have known about this little guy since the 80s; in 2015, the CDC identified it as an emerging issue; and in December 2017, internet searches for the term “Mycoplasma Genitalium” skyrocketed. It is very contagious, especially among people who have multiple sex partners.

If it’s been around for so long, then why is the public still so widely unaware of it? That’s a great question that we, unfortunately, don’t have the answer to. All we can do is be a beacon of light in this dark storm of confusion, by providing you with everything that you need to know about mycoplasma genitalium, including what it is, how you can get it, and what all of this means for you.

What is Mycoplasma Genitalium?

Of these 100 strains of mycoplasmas, four of them are known to be transmitted sexually:

Mycoplasma genitalium is estimated to affect more people in America than gonorrhea.

Mg is usually asymptomatic, meaning that it doesn’t display any symptoms (much like most other STDs). If you do experience symptoms, they can include the following:

While you may not know if you’ve been infected with mycoplasma genitalium, the signs and symptoms it causes can help you get treatment if you do have the STD.

Some other symptoms of mycoplasma genitalium include:

What is persistent mycoplasma genitalium?

If you are diagnosed with either condition, your healthcare provider will likely prescribe antibiotics to treat it. However, if your symptoms do not go away after treatment with antibiotics and continue for more than two months after treatment ends, you may have persistent mycoplasma genitalium.

In this case, your doctor will likely refer you to a specialist who can perform additional testing on the bacteria that cause this condition using techniques such as PCR (polymerase chain reaction) or DNA sequencing (genetic analysis).

What Happens if Mgen is Left Untreated?

Untreated Mg can lead to some pretty scary consequences.

Keep in mind that because so few people get tested for MG, its true complication rate is unknown

How Can You Get Mg?

Mycoplasma G tends to invade the cells lining the urogenital tract (urinary, genital, and reproductive), but it has also been found in rectum and lung cells. Therefore, it’s safe to assume you can get Mg through sexual contact, but scientists are still unsure about the mechanisms through which transmission could occur, which is scary as heck.

It’s also unclear how long it takes for a person to become infected with mycoplasma genitalium after they’ve been exposed to the bacteria. Mycoplasma genitalium is a slow-growing bacteria, which has, in the past, made testing difficult, as it can take weeks or even months to grow a culture in the lab. So, scientists aren’t sure about the average length of time it takes for the bacteria to cause an infection.

How can I get tested for mycoplasma genitalium?

If you think you might have Mycoplasma genitalium, then talk to one of our health care professionals about getting tested.

A blood test is the best way to check for mycoplasma genitalium. This can be done at one of our trusted and private clinics. You may also need another test called urethral swab or smear if the first blood test is positive for M.genitalium and you are male.

If the results show that you have M.genitalium, it’s important to get treatment right away so that it doesn’t spread further into your body and cause more serious health problems down the line!

Mycoplasma can be diagnosed with a urine sample or a swab specimen as well. At this time, STDcheck.com does not sell mycoplasma genitalium tests. However, our sister site HealthLabs.com does.

Is Mgen treatable? Yes! Just like chlamydia, gonorrhea, and all the other bacterial infections, mycoplasma can be cured with antibiotics. However, the mycoplasma family of bacteria is a little special because they don’t have cell walls. This matters because most antibiotics used to eliminate bacteria do so by dissolving the cell wall.

According to the National Institute of Health, the best way to treat mycoplasma G is with the antibiotic azithromycin. This is the same antibiotic used to treat chlamydia, gonorrhea, and other respiratory infections. But, it’s important to note that doses for the three infections differ, and certain cases of Mg are becoming antibiotic-resistant. That’s why it’s so important to retest for STDs 3–4 weeks after treatment to ensure the bacteria has been eradicated. If azithromycin doesn’t work to treat Mg, the NIH suggests following up the treatment with a round of another antibiotic: moxifloxacin.

Doctor: “Why did you come in today?”
Patient: Well, I’ve been having some unusual discharge and painful urination. I think it might be a case of chlamydia or gonorrhea because I recently got with a new partner.”
D: “Ah yes. I’ve heard of those. I’ll test you straight away.”
*2 very long weeks later*
D: “Well, we tested you for both chlamydia and gonorrhea and you were clear.”
P: “Well that’s great!”
D: “Yep! We also ran tests for the other common STDs and you didn’t have any of those either, so it may just be a UTI.”
P: “Ah yes, I’ve heard of that. Okay. that’s good because the symptoms have been lessening, so I’m guessing it’s just going away.”
D: “As UTI symptoms sometimes do. Okay. Well, we can give you some antibiotics for that UTI.”|
P: “Sounds great!”

And that does sound great…but it’s not. Here are two reasons why it’s actually really bad:

2. The patient received antibiotics that will not treat their condition. Not all antibiotics are created equally, and different antibiotics must be used for different conditions. It would be impossible to treat Mg with the antibiotics used to treat a UTI. Amoxicillin is one of the main antibiotics prescribed to treat urinary tract infections, and it does so by dissolving the bacteria’s cell wall, which Mg doesn’t have. Plus, doctors are notorious for overprescribing antibiotics, which is leading to diseases becoming resistant to antibiotics. Yikes.

You might be thinking “Great! That’ll clear up the Mg too!” but you’d be wrong.

Chlamydia and Mg can be cured with the same antibiotics, but they require different doses. The dosage received would only be for chlamydia, which isn’t enough to get rid of Mg. Taking a small amount of an antibiotic or not finishing the course of antibiotics is a surefire way to make the bacteria antibiotic-resistant, which may be why there have been more and more cases of antibiotic-resistant mycoplasma genitalium popping up. For example, this study found that nearly two-thirds of all Mg-positive patients tested had a form of Mg that was associated with antibiotic resistance. Two Thirds! ⅔! 66%! More than half! However you say it, it’s a lot.

Your doctor is inadvertently making mycoplasma genitalium resistant to antibiotics by not testing you for it.

Are there any natural treatments for mycoplasma genitalium?

What Does This All Mean?

There’s an STD that you’ve likely never been tested for, which also means you could have this STD and not know it. You may be thinking “who me?” to which we reply “YES, YOU!”

You, the person who gets checked for STDs religiously, every 3 months.
Or you, who’s been in a monogamous relationship with the same partner for 6 years.
Or even you, who’s never had sex with anybody before seeing their test results and sharing your own.

You could have mycoplasma genitalium and not even know it.

So what do you do? Get tested! If you’ve never been tested for Mg and you’re sexually active, you should get tested for it ASAP! You should especially get tested if you’ve ever had an STD in the past, since Mg is opportunistic, and tends to sneak in with other STDs while the door is left open (so to speak).

But don’t worry! The first thing to do is get tested so that you can know if you need treatment. The next thing is to get treatment if you need it, and the final step is to alert previous partners and retest at 4 weeks.

You have to be your own advocate when it comes to your health.

You can pretend like you didn’t read this. You can tell yourself that it’s not that big of a deal, and if it were you would’ve heard about it before. You can even tell yourself that there’s no way you have this STD, but all of that is wrong. You need to take control of your health. Now that you’ve learned about MG, it’s your responsibility to get STD tested for it!