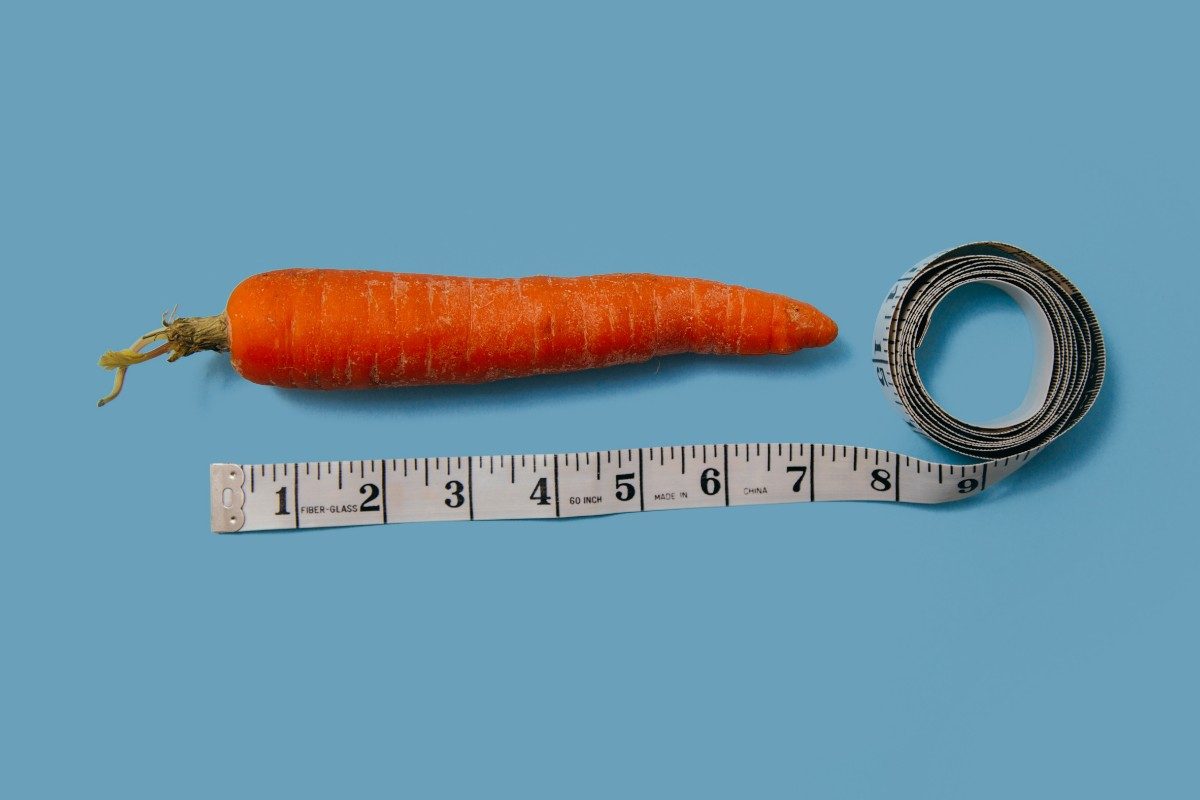 Sexually transmitted disease (STD) cases in the United States have some overwhelming rates and statistics that coincide with them.

According to the Centers for Disease Control and Prevention (CDC), the top eight STDs in the U.S. combine to an estimated total of more than 110 million STD cases.

The age group of 15 to 24-year-olds make up roughly a quarter of the population who are having sex, but they contract half of all new STD infections. 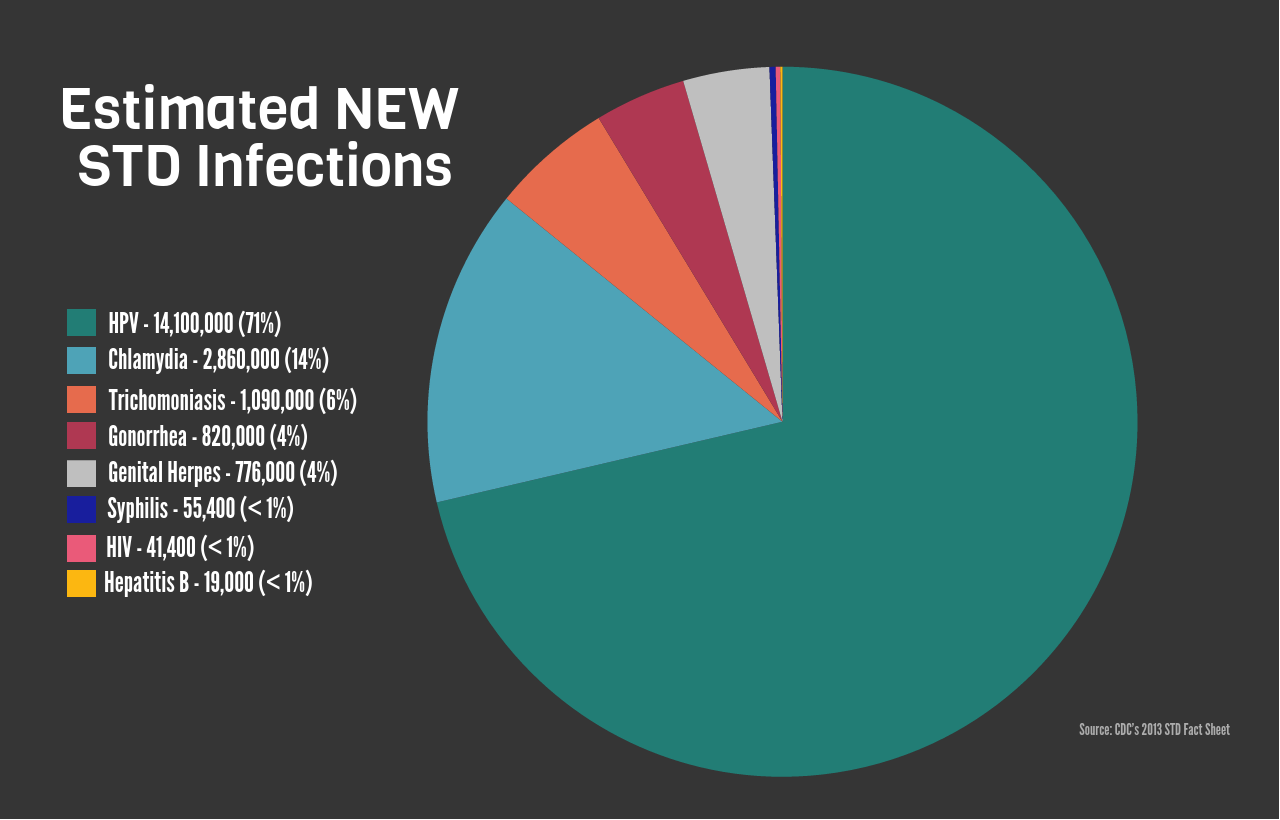 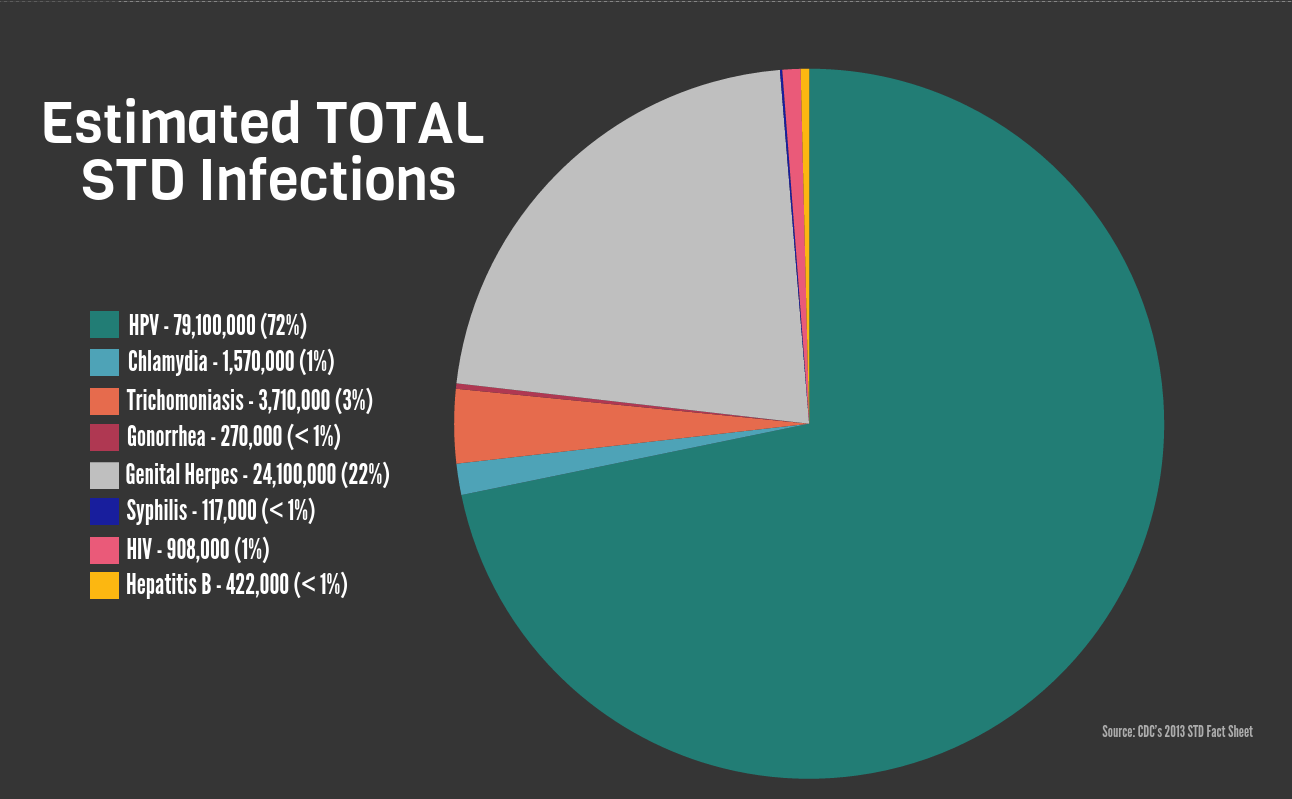 The CDC estimates that it costs $15.6 billion each year to treat these eight STDs at this rate. Typically, the viral infections are more expensive to treat, especially if they result in cancer like HPV can. That being said, the curable STDs still cost a significant amount of money at $742 million.

If you think you have been exposed to an STD or STI, it is important to get tested to end the cycle of spreading these diseases. Learn your status today!