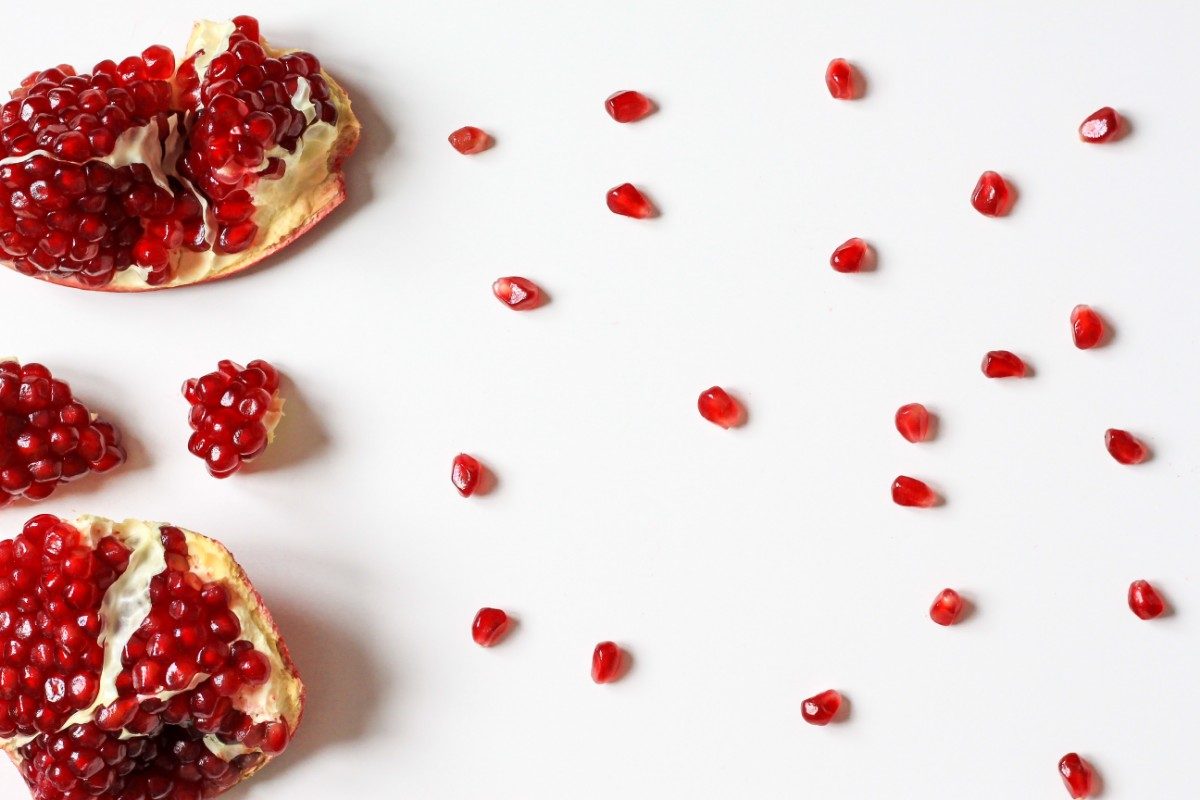 Everything About HIV and HIV Testing

HIV, which stands for Human Immunodeficiency Virus, is a virus that attacks the immune system of its host, weakening the body’s defense against infection and creating a vulnerability to disease, which can cause irreparable damage or even death. Untreated HIV can develop into Acquired Immune Deficiency Syndrome (AIDS), at which point the infection becomes very serious and life-threatening. Because HIV is often symptomless or manifests in fever, rash, and other flu-like symptoms, it goes undetected in a very high number of cases. In fact, 1 in 8 people infected with HIV in the U.S. are unaware of their status. There is no cure for HIV or AIDS and more than 34 million people are currently living with HIV worldwide — 1.2 million in the U.S. alone. Thanks to modern medical advances, HIV can be controlled using antiretroviral medications.

How Is HIV Transmitted? 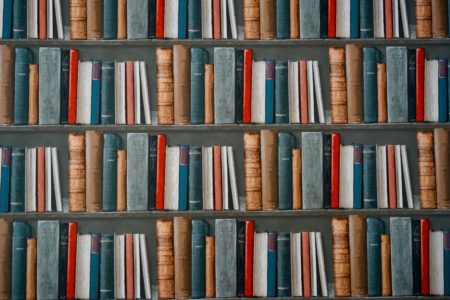 HIV is a virus that infects healthy cells and replicates, rapidly copying itself and attacking the infected person’s first line of defense against infection: the immune system. AIDS is a condition caused by damage done to the CD4 cells of the immune system when HIV progresses untreated. The immune system becomes so weak that it loses the ability to prevent or fight off infections, even as simple as the common cold. On average, untreated HIV develops into AIDS within a span of about 10 years in an otherwise healthy person; for a person who is unhealthy, HIV can develop into AIDS much sooner.

While the first case of HIV in a human was reported in 1959, the first case in the U.S. wasn’t identified until 1981. Very little was known about HIV and the terminal illnesses that occurred as a side effect of the untreated virus progressing to full-blown AIDS. The risk of transmitting the virus during anal sex is 18 times higher than during vaginal intercourse, contributing to the disproportionate rate HIV infection in the gay community, and leading to the common misconception that HIV was a “gay cancer.” The term acquired immune deficiency syndrome (AIDS) was coined in 1982, the same year the first AIDS clinic was opened in San Francisco. The link between HIV and AIDS was discovered by Dr. Robert Gallo at the National Cancer Institute in 1984. The first test that screened blood for the virus, the enzyme-linked immunosorbent assay, or ELISA, test was approved by the FDA in 1985.

The first treatment for the disease, the cancer treatment azidothymidine (AZT), was fast-tracked by the FDA in 1987. Every year between 1981 and 1987 saw the HIV/AIDS death rate double as the number of new infections soared. In 1991, it was announced that 1 million people were suffering from HIV/AIDS and by 1994, AIDS was the leading cause of death among 25 to 44-year-old Americans. By 1995, the aggressive combination of multiple drugs known as highly active antiretroviral therapy (HAART), or the “AIDS cocktail,” was introduced as a more effective method of controlling an HIV infection and preventing the progression from HIV to AIDS. Combination antiretroviral therapy (cART) is still used to this day, but the new standard mixture of medications includes two nucleoside analog reverse-transcriptase inhibitors (NRTIs), a non-nucleoside reverse transcriptase inhibitor (NNTRI), a protease inhibitor (PI), and a ritonavir or integrase inhibitor. Many of these drugs are also used in various combinations to treat cancers or other viral diseases like hepatitis C. 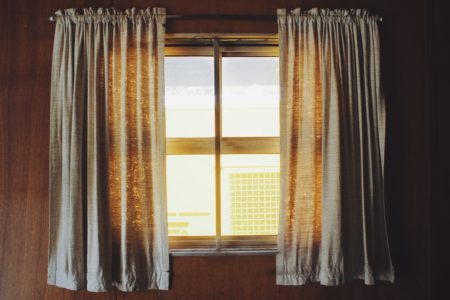 The testing window for HIV is based on how long it takes antibodies and antigens to build up, which is why different tests have different recommended waiting periods. An HIV test taken immediately after exposure to the virus is likely to return a false-negative result because the virus has an incubation period in the human body of up to 90 days. It may be possible to detect the virus as early as 9 days after exposure with an early detection test, which is not the standard HIV test offered by sexual health clinics and physicians.

How To Test For HIV

Since the advent of HIV testing in the late 1980s, there have been many upgrades and new advances to the way HIV is detected, ushering in the era of highly reliable, accurate testing we know now. Now, getting tested for HIV can be as simple as the prick of a finger, a urine sample, or an oral swab with results in minutes, days, or weeks.

Antibody tests measure the antibodies created by the immune system to fight off the HIV infection and, when taken up to 3 months after exposure, provide very reliable results. Antibody testing uses either blood, urine, or cells found in the oral fluid taken from along the cheeks and gums. The first FDA-approved HIV antibody test, the ELISA test, is still in use today, though it has undergone updates to incorporate the latest advances in HIV research. The ELISA (or EIA) antibody and antigen tests are the most common type of HIV test administered in developing countries and are currently in the 2nd and 3rd generation of testing. The “generation” is determined by what is used as an antigen for identification. The 1st Generation ELISA tests detected infected viral cell lysate as an antigen and are no longer used.

The 4th Generation ELISA test, which is used as an Early Detection HIV test, typically 2-4 weeks after exposure. Most people develop these antibodies (proteins that fight the HIV virus) within 18-25 days, but in rare cases, it may take up to three months for them to develop. accurate results in the early stage of HIV infection. If any immunoassay result comes back positive, a second round of testing called an HIV antibody confirmation test, is used to confirm the diagnosis. Second round tests include antibody differentiation testing, which detects the virus itself, or the Western blot test or indirect fluorescent assay (IFA), which detect HIV antibodies specifically.

DNA and RNA tests are used as Early Detection HIV tests because they measure actual HIV genetic material, eliminating much of the window period necessary for antibodies to build up for an immunoassay test. DNA and RNA tests can be taken as quickly as 1-2 weeks after infection

DNA tests measure the amount of genetic material belonging to HIV in the body, and include:

RNA tests identify the genetic material that belongs to HIV rather than antibodies and can be given 9-11 days after HIV exposure, and include:

Rapid HIV tests are an immunoassay typically offered in on-the-spot HIV testing sites and clinics, used to detect the presence of HIV antibodies with results in approximately 30 minutes. If the test is taken during the window period while antibodies aren’t at high enough levels for detection, it will return a false negative result. All immunoassays, including the ELISA tests, require follow-up testing to confirm the result. Rapid tests use: 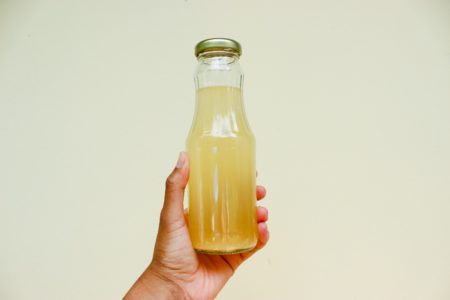 In the mid-1990s, the Calypte test became the first FDA-approved, urine-based HIV test. The Calypte test used the ELISA method to detect antibodies to the virus and provided an opportunity to take an HIV test in a setting where blood testing was inconvenient. The test could only be ordered by a physician and required follow-up testing using the more reliable blood testing methods. Currently, urine tests are less common but are often part of at-home HIV tests that are not FDA-approved.

Aside from the OraQuick® In-Home HIV Test and the Home Access HIV-1 Test System, no other in-home test kits have been approved by the FDA. Kits claiming to offer at-home HIV or STD testing have not had their claims evaluated by the FDA and, therefore, can’t be guaranteed to provide reliable results.

In 1987, the FDA approved Retrovir, also known as AZT, the first antiretroviral for the treatment of HIV. Now, there are more than 30 FDA-approved antiretroviral drugs (ARVs) for the treatment of HIV infection. Antiretroviral therapy (ART), using a combination of medications chosen specifically for each individual patient, can prevent HIV from replicating and suppress the virus to the point of being undetectable to an HIV test, though still easily transmitted, and prevent the progression from HIV to AIDS. Ongoing research into more effective treatments and possible cures have taken the world out of the dark ages of the 1980s AIDS Epidemic when a positive diagnosis was a death sentence. Today’s HIV-positive community to enjoy a life expectancy on par with their HIV-negative counterparts. Currently, the standard HIV “cocktail” includes 3 different antiretrovirals from 2 different classes. Using this formula, the medication “cocktail” can suppress the virus, boost the immune system, and prevent drug resistance when HIV replicates with mutations.

There are five classes of HIV drugs, specifically prescribed according to the life cycle of the virus in the HIV infection being treated, as well as fixed-dose combinations that combine two or more antiretroviral medications in fixed doses into one pill:

Other medications may be prescribed to prevent opportunistic infections, the potentially life-threatening infections that occur in people with compromised immune systems. Medication may also be necessary to prevent or treat side-effects of the aggressive ARVs, such as diarrhea, nausea, or pain. Additional medication may also be necessary to treat unrelated conditions like high blood pressure or diabetes, which is essential to maintaining good health and keeping the immune system strong enough to fight HIV. The preventative medications, known as prophylaxis, and other health-boosting measures are part of a successful ART regimen.

A new preventative method called pre-exposure prophylaxis (PReP) is available for people who do not have HIV but are at high risk for contracting the virus, whether due to sexual activities or intravenous drug use. A single daily pill, sold under the brand name Truvada, combines tenofovir and emtricitabine that are used to treat HIV to prevent the virus from establishing a permanent HIV infection. 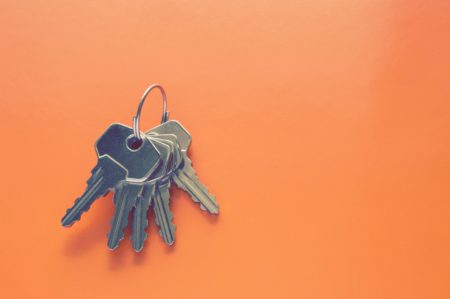