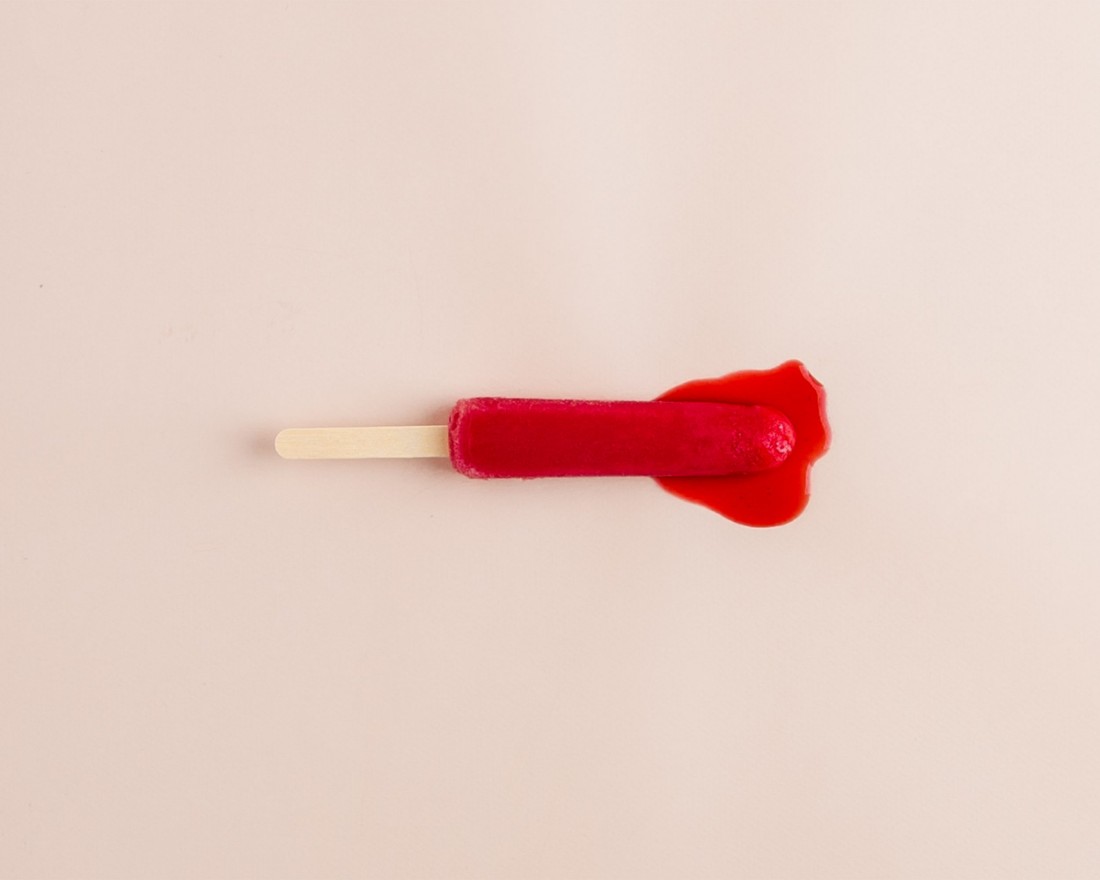 Everything About Syphilis and Syphilis Testing

Syphilis is a highly contagious bacterial infection caused by the bacteria Treponema pallidum and spread through sexual contact, including oral, vaginal, and anal sex. Congenital syphilis is the name given to syphilis that is spread from a mother who has the disease to her baby during childbirth, which can cause severe abnormalities or death of the baby. Syphilis is curable in its earlier stages but can cause very serious and possibly irreversible complications if the infection goes untreated. The infection is referred to as “The Great Imitator,” a name given to medical conditions that have symptoms that could accompany a wide variety of diseases, causing confusion among people infected.

An untreated syphilis infection develops in stages: Primary, secondary, latent, and tertiary stages. The symptoms differ based on the stage of the infection. Early, or primary stage syphilis, is characterized by small, painless sores known as chancres in the mouth or on the genitals between three weeks and three months after exposure. The primary stage is an especially important time to get tested and treated for the disease because the sores typically heal within six weeks with no scarring with or without treatment. This makes it possible to have syphilis without being aware of the infection. If a patient has been infected for a year or less, the disease is referred to as an “early case.” Early case syphilis infections are more infectious and easier to spread and any stage of syphilis infection makes it easier to transmit or contract HIV. Syphilis-related loss of vision and irreversible damage to the brain and other organs can occur in as little as one year. 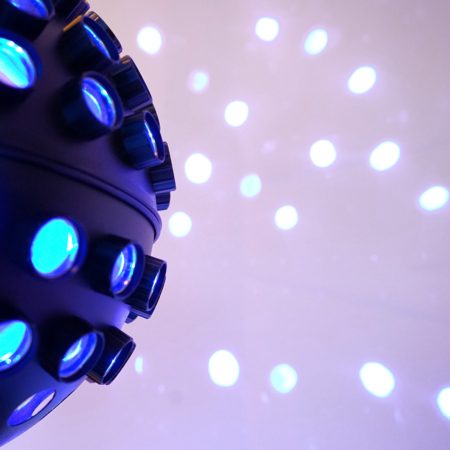 The secondary stage of syphilis lasts between one and three months and usually begins between six weeks and six months after exposure to the bacteria. Secondary syphilis is characterized by a flat rosy-colored, non-itchy rash that usually covers the palms of the hands and soles of the feet. In some cases, the rashes may occur on other parts of the body or resemble rashes caused by other ailments. Additional signs of secondary syphilis include hair loss, white patches inside the mouth, genital warts, and flu-like symptoms such as fever and swollen lymph glands that last for weeks or even months. The symptoms associated with secondary syphilis, just like the primary stage, eventually go away with or without treatment.

The tertiary stage of syphilis typically occurs between 10 and 30 years after the initial infection. At this time, entirely new and life-threatening symptoms occur. Debilitating side-effects include, but are not limited to blindness, loss of motor skills, dementia, and damage to the central nervous system and internal organs, such as the heart, brain, eyes, kidneys, and bones. In most cases, tertiary stage syphilis is distinguished by a descent into mental illness, followed by death.

Syphilis has been around for a very long time, despite the unknown origins of the infection. The first recorded epidemic of the disease was in Renaissance Italy in 1495, after Charles VIII’s invasion of Naples. Originally, syphilis was thought to be the result of sexual relations between a French leper and a gonorrhea-infected Spanish prostitute, who then went on to infect the occupying soldiers. It is unclear whether syphilis existed in Europe prior to Christopher Columbus’s returning from his famous voyage to America in 1492, but skeletal records suggest that there were cases of the disease in Europe after his crew returned from the New World. 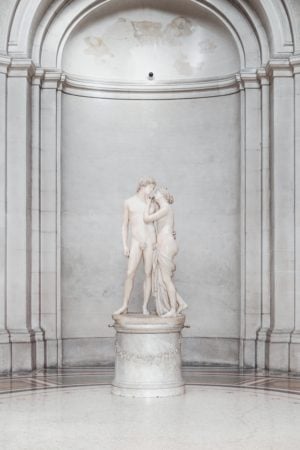 The infection, known then as the “French Disease,” spread quickly and devastated the European continent. Mercury was first used to treat the disease in 1496 and caused many fatal cases of mercury poison until the 17th century when its use as a cure was banned in the medical community. Intentional infection with malaria, which was easily treatable in the early 1900s, was also used as a treatment method after the disease was cured in malaria patients who developed a high fever. Syphilis continued to be a major problem worldwide up until the discovery of penicillin in 1928 and mass production of the antibiotic in the 1940s. Before the time penicillin was introduced as a cure for syphilis, the recovery rate was less than 1 percent. Penicillin is still used to treat syphilis to this day.

Many famous people have suffered from syphilis infections. Syphilis claimed the lives of Christopher Columbus, the infamous gangster Al Capone, painter Edouard Manet, composer Scott Joplin, and writer Oscar Wilde; business magnate Howard Hughes was found to have Tertiary stage syphilis at the time of his death. The conqueror Napoleon Bonaparte and Austrian composer Franz Schubert both died of poisoning from arsenic and mercury, which were thought to cure the infection at the time. Infamous dictators Adolf Hitler, Benito Mussolini, and Idi Amin, writers Oscar Wilde and Leo Tolstoy, philosophers Arthur Schopenhauer and Friedrich Nietzsche, presidents George Washington and Abraham Lincoln, painter Vincent van Gogh, composer Ludwig von Beethoven, King Henry VIII (known as the “Mad King”) and his son King Edward VI, and playwright William Shakespeare are all either confirmed or suspected to have had syphilis.

How is Syphilis Transmitted?

Syphilis is transmitted sexually, through direct contact with a syphilis sore, rash, or mucous membrane during unprotected oral, vaginal, or anal sex. Sores, or chancres, occur on the lips and mouth, vagina, penis, anus, and rectum. The infection can be spread non-sexually if an open wound comes into contact with a syphilis sore or rash or by passing from mother to baby during childbirth. Condoms lower the risk for spreading syphilis, which is particularly high among men who have sex with men, but they do not eliminate the risk of contracting the infection from sores on areas of the body that a condom doesn’t cover.

Syphilis is very harmful to infants and unborn babies. It can cause a mother to miscarry or the baby to be stillborn. Syphilis can easily be transmitted to a fetus from the placenta or transfer to the baby in the birth canal during delivery. It can cause serious or even fatal infections. Infants with congenital syphilis are often born prematurely and if left untreated, syphilitic babies will likely develop serious issues in internal organs like the heart, brain, skin, eyes, ears, bones and teeth. Syphilis can be treated during pregnancy with antibiotics to both decrease the risk of spreading it to the baby and stop the infection’s progression in the mother. 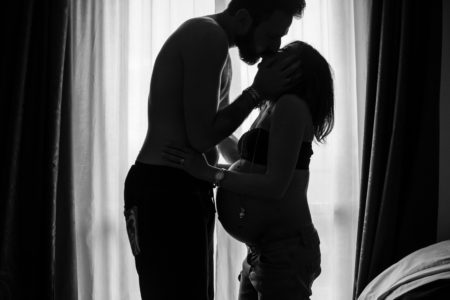 Primary syphilis chancres (sores) most frequently appear on the genitals, but can also occur on the fingers, mouth, lips, tongue, tonsils, anus and breasts and nipples. If a chancre is present on the breast or nipple, mothers should not breastfeed.

Testing for syphilis is a two-step identification and confirmation process that either requires a sample of blood, tissue, or fluid from a syphilis sore. Blood tests check for the antibodies to the infection, whereas fluid and tissue tests can detect the T pallidum bacteria itself. Tissue and fluid from a sore can only be obtained during the stages of syphilis that include sores or rashes, limiting the ability to test for the infection in its later stages. Antibodies can linger in blood even after treatment, making it possible to test positive after being cured.

Screening for syphilis is done using a venereal disease research laboratory (VDRL) test or a rapid plasma reagin (RPR) test. The VDRL test checks blood or spinal fluid for antibodies that produced by people with a syphilis infection, but those antibodies aren’t specific to the T pallidum infection and can, therefore, result in a false-positive test. The RPR test also searches for non-specific antibodies that are produced by the body due to damage done to cells by the T pallidum bacteria. Because the antibodies detected can be caused by infections other than syphilis, the second step in diagnosing syphilis is to conduct a test to confirm the presence T pallidum.

One of the simplest testing methods for confirming syphilis is called dark-field microscopy, which identifies T pallidum in fluid or tissue from an open syphilitic sore. The test can only be performed when sores are present, limiting the time frame for testing, and even if the presence of the T pallidum bacteria isn’t confirmed using this method, a syphilis infection could still be possible. There are many factors that affect the success of the test, such as the need for experienced microscope technicians to perform the test and the early time frame to test the fluid or tissue sample. This test is recommended any time a sore or ulcer is present.

The most specific test for confirming syphilis is the Fluorescent Treponemal antibody absorption (FTA-ABS) test, which uses a fluorescent marker to identify T pallidum antibodies in a blood or spinal fluid sample. However, this method doesn’t differentiate between T pallidum and other strains of bacteria that can cause other diseases and can only be conducted successfully during the first 3 to 4 weeks after exposure to syphilis.

The enzyme immunoassay (EIA) test checks blood using antibodies specific to syphilis infection to locate syphilis antigens. This is a second step in the testing process, used in conjunction with a VDRL or RPR test to confirm a suspected syphilis infection.

With blood testing, syphilis can be detected as early as 1 to 2 weeks after exposure. The highest accuracy can be expected within about three months, with false positive results possible any time within the initial 90 days after infection. People who have suffered from a syphilis infection in the past could also have a false positive result due to syphilis antibodies lingering in the bloodstream. If a reliable testing method returns a negative result 90 days or later after exposure, it is considered a negative diagnosis.

Syphilis is easily cured using antibiotics if treated appropriately during its early stages. During the early stages of syphilis infection, a single dose of penicillin is effective to treat and cure syphilis. In later stages, a higher dosage is necessary. The physical and neurological harm, such as heart or nervous system damage typical of the third stage of syphilis, cannot be reversed. If the person seeking treatment is allergic to penicillin, azithromycin or doxycycline can be prescribed instead. For a year after treatment, a regular schedule of follow-up tests is required.

5 responses to “Everything About Syphilis and Syphilis Testing”