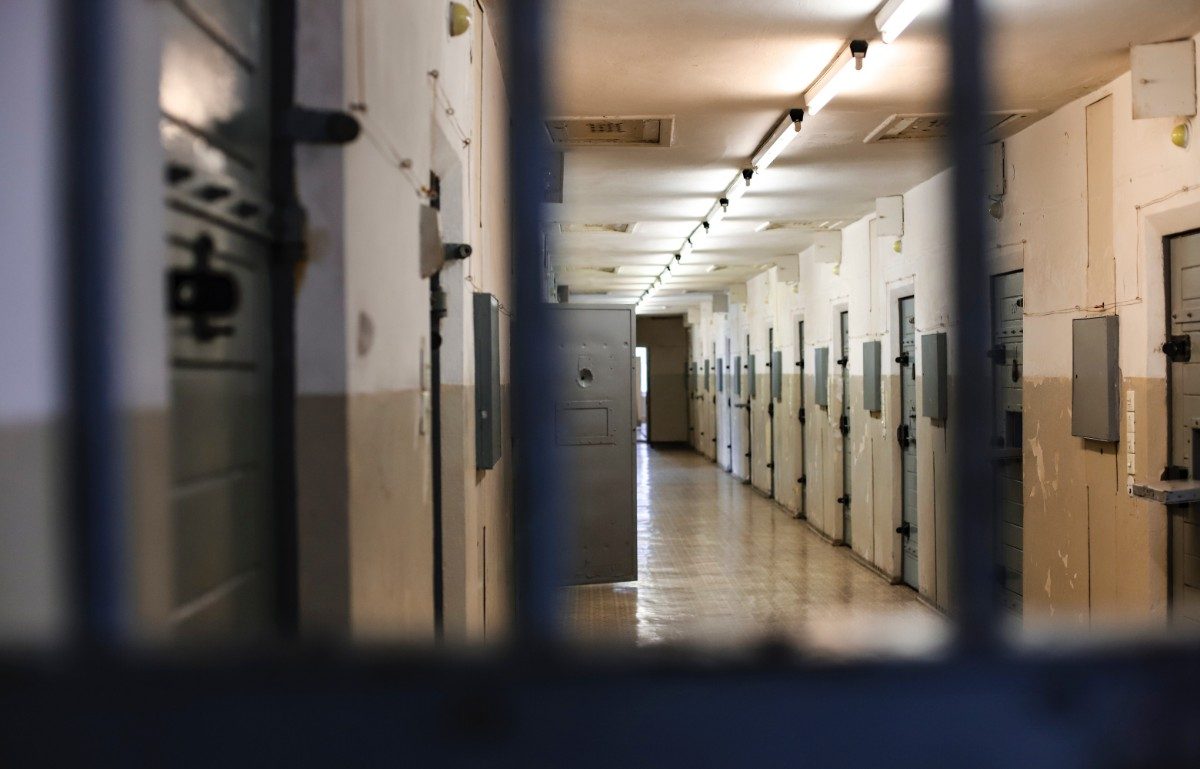 Jails are breeding grounds for high concentrations of infectious disease, including sexually transmitted diseases (STDs). Many jails and prisons prioritize urgent health conditions, such as mental illness, withdrawal from drugs, and tuberculosis, but STDs and other chronic conditions inmates have aren’t always noticed or tended to. With the largest prison population in the world, it comes as no surprise that the United States has a major problem with STD testing and treatment within the correctional system.

Jail and prison are often used interchangeably, but there are distinct differences between the two that have a significant impact on the rates of STD infections in each. Jails typically hold inmates for a shorter amount of time, often less than 24 hours. Prisons, also known as penitentiaries, are long-term facilities for punishing criminals by housing them until their time is served, giving them time to rehabilitate before returning to society, preventing additional crime by getting them off the streets, and discouraging future crimes.

In prison, because inmates’ sentences are generally longer than jail, inmates are more likely to receive medical treatment or, at the very least, be diagnosed and begin treatment for some STDs. The Centers for Disease Control and Prevention (CDC) published a study in 2011 evaluating the STD screening programs of large jails throughout the U.S., which found that most jails don’t have an adequate chlamydia screening program, despite the extremely high prevalence of chlamydia in the free world. All 14 jails visited offered chlamydia testing at the inmate’s request, but almost one-third of the jails only conducted testing on select inmates, chosen based on their age, gender, and criminal charges. Less than half of the jails offered comprehensive chlamydia testing and, among those jails, slightly more than half of the inmates who tested positive for chlamydia received treatment. Rikers Island in New York was the only facility that had a comprehensive chlamydia testing program, but no formal follow-up process for inmates being released after being diagnosed with chlamydia.

In Maricopa County Jail in Phoenix, Arizona, the gonorrhea rate of infection is around a startling 4.6 percent for men and 5 percent for women— 50 and 80 times that of the general population, respectively. The rate of chlamydia infections among male Maricopa County inmates is 6.5—23% times higher than the general population, and 10 percent of female inmates— nearly 15 times higher than the national average. Maricopa County Jail gets the spotlight set on it for more than just above-average STD rates: Joe Arpaio is the self-proclaimed “Toughest Sheriff in America” who oversees the jail. Arpaio is known for his unique punishment style: He limits inmate meals to two per day, has inmates to wear pink underwear, and instituted the “tent city” overflow barracks, which have been ruled unconstitutional numerous times because they force inmates to live in temperatures soaring to 110 degrees or higher during the summer.

Do Inmates Get Tested For STDs

The high number of intravenous drug users entangled in the correctional system, practices like homemade tattooing, and consensual and non-consensual sex occurring between inmates create an environment conducive to spreading HIV and hepatitis C in jails and prisons. Most correctional institutions don’t have the funding to offer access to the antiretroviral medications needed to treat HIV and maintain low viral loads so they only provide the bare minimum of basic healthcare and nutrition. Many facilities also segregate HIV-positive inmates from the general population, which increases the likelihood of discrimination and abuse from other inmates and correctional officers. Race factors into prison STD rates, as well. Black people represent 13 percent of the total U.S. population, but they make up 40 percent of all incarcerated people. In the general population African Americans account for 46 percent of all HIV-positive people, but according to the CDC’s study, 65 percent of inmates who have HIV are black.

As of 2010, New York, Florida, and Texas have the top three highest HIV-positive prisoner populations, when combined they represent more than 45 percent of the 20,000 HIV-positive prison population. Approximately 17 percent of all U.S. citizens living with HIV/AIDS are in the correctional system. While there are HIV treatment programs in place in some correctional facilities, they are often established in prisons, while most inmates are in jails. The ‘War on Drugs’ initiative that created higher rates of imprisonment for drug use is also a contributing factor in the high number of inmates with HIV and hepatitis C, since intravenous drug use is one of the top risk factors for both diseases. The Bureau of Justice Statistics estimates that one-third of all inmates in the U.S. correctional system suffer from hepatitis C. Because 25 percent of HIV-positive Americans are also living with a hepatitis C co-infection, it’s easy to see that the numbers would be even greater in the correctional system microcosm.

Syphilis is another STD that is prone to outbreaks in prison settings, as evidenced by the 1999 Alabama prison syphilis outbreak. While the number of syphilis infections in the general population has declined steadily, falling 90 percent between 1990 and 2000, syphilis has been on the uptick the past few years. A decline in condom use is widely thought to be one of the reasons behind the recent surge in syphilis cases. Truvada, the once-a-day pill for preventing HIV infection in HIV-negative people (also known as pre-exposure prophylaxis, or PrEP), is criticized for encouraging sex

without condoms. Serosorting, also known as seroadaptation— the deliberate choice by HIV-positive gay men to have sex with other HIV-positive gay men to prevent the spread of HIV— may actually be part of the cause, as well. The spread of HIV may be prevented, but if a condom isn’t used, other STDs can spread easily and quickly. According to CDC data, men who have sex with men (MSM) and also have a pre-existing HIV infection account for twice as many syphilis diagnoses as women and men who have sex with women combined.

The epidemic levels of STD infection in the U.S. correctional system require action.  Do inmates get tested for stds?  Fortunately, yes.  Despite recommendations from the World Health Organization (WHO) and United Nations Office on Drugs and Crime, very few U.S. prisons allow methadone to be distributed to heroin and opiate addicts; Rikers Island has one of the few needle sharing programs that have been enacted to avoid the sharing of needles that are already considered contraband. It is estimated that 20 percent of inmates are in need of addiction treatment. Many countries across Europe and Asia have already implemented needle sharing programs in more than 60 prisons, with great success and very few negative side effects. A ban on federal funding for needle exchange programs in U.S. prisons was lifted in 2009, and there are now 221 needle exchange programs in prisons across the country. Another more controversial harm reduction technique recommended for prisons is to dispense condoms to inmates. Critics claim that it would encourage or condone sexual relationships, but advocates have the view that sex will happen regardless, so it should be happening as safely as possible. Bleach is also supplied to inmates in some prisons, to provide a way to clean syringes before sharing.

Inmates, whether they enter the correctional system with STDs or contract them while on the inside, become a threat to public health once they’re released. The correctional system in the U.S. is already stretching budgets as thinly as possible, but without a bigger commitment to STD testing and STD reduction techniques on the inside, the prison STD epidemic may continue to be part of reality that never comes to an end.