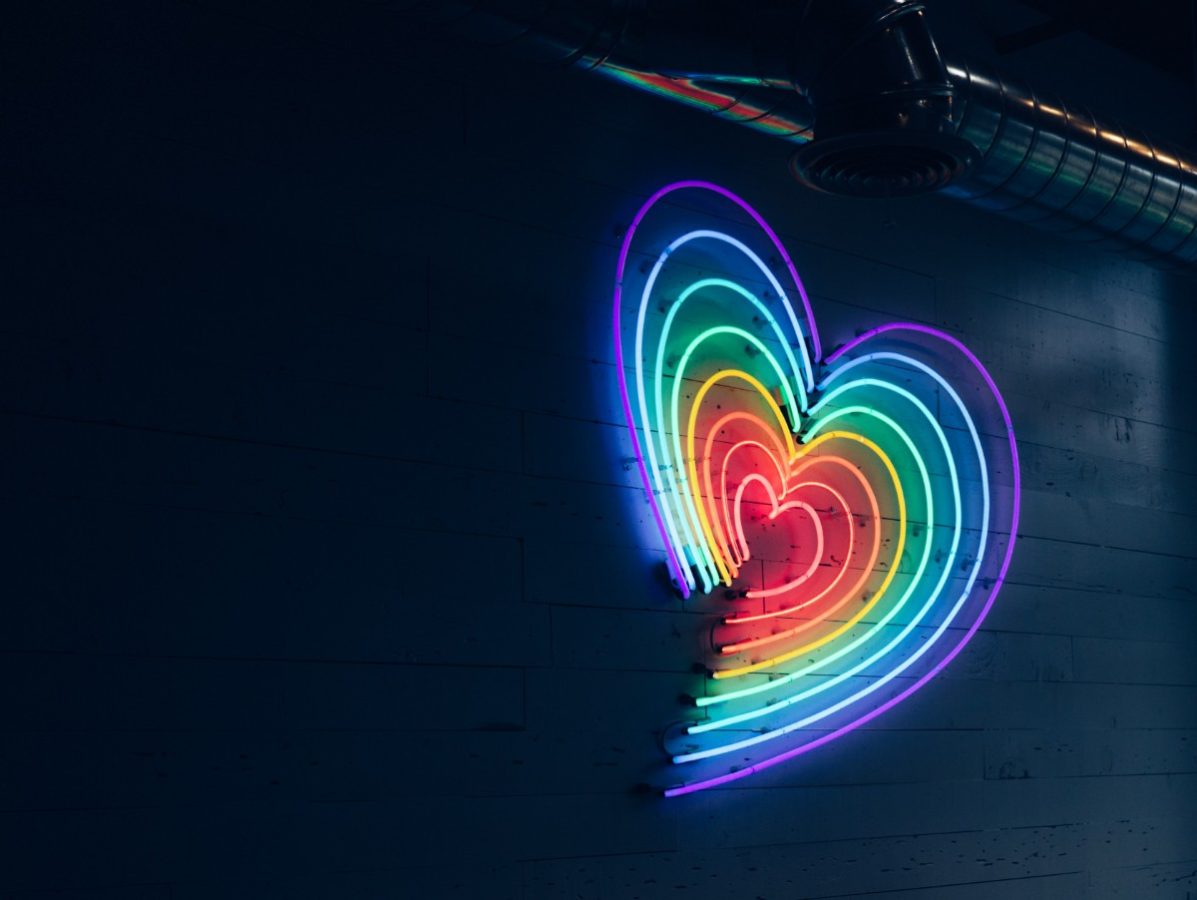 The term “transgender” (also known as trans or trans*) has been appearing in headlines more and more over the past few years, but many people don’t understand what it means.  In the Western world, gender has come to be known as a binary system with male and female as polar opposites, strictly defined by genitalia. In other gender-diverse cultures, there are three, four,  or even five or more genders. Worldwide, the trans population is at great risk of contracting HIV. Let’s explore the sources of that risk and identify ways to improve the numbers.

Gender is a matter of identity— it refers to a person’s personal identification or sense of self, completely independent of the physical sense of their body or their external appearance. It is the way a person experiences or feels their gender; it is the innate way you just know that you are a man, woman, or somewhere in between. Sex, also known as biological gender, is a matter of physiology— it is the anatomical configuration of the reproductive system that qualifies a person as biologically male, female, or intersex. Sex, and the genitals that accompany it, is determined by chromosomes and does not directly affect how a person dresses, their voice, or any of the other outward expressions of being male or female. Transgender is the term used to describe a person whose gender does not match their sex.

Sex and gender are often used interchangeably, but that doesn’t mean they have the same definition. Sex is used to differentiate between the biological aspects of males and females, whereas gender is used to describe the sociological or cultural differences between men and women. In the U.S., when a person is born, they’re assigned a gender based on their sex and released into the wild. The term “transgender” comes into play for people who feel that their assigned gender (male or female) and sex (penis or vagina) don’t match up.

Because of the lack of knowledge regarding transgender people, and the social stigma and discrimination that accompanies homosexuality in our culture, transgender people regularly fall into a gray area that has very real and dangerous consequences. When it comes to health care and sexuality, transgender people often get caught between the gender they were assigned at birth and the gender they live, preventing them from taking advantage of opportunities to take a more proactive role in maintaining good sexual health. Many doctors don’t have the training, both in terms of medical knowledge and sensitivity, to provide care for transgender people, especially if they’ve undergone corrective surgery. Sex crimes and violence are major problems for many transgender people, trans women especially. At least 17 transgender women have been murdered in the U.S. in 2015, and there are four months left in the year. 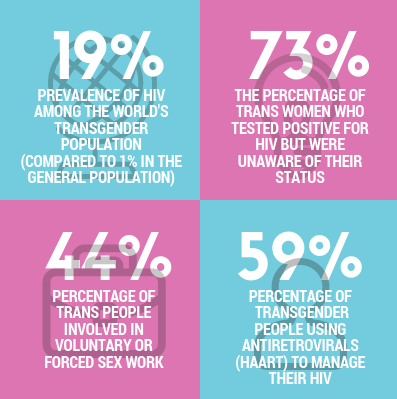 The prevalence of high-risk factors that are routine for many transgender people, such as homelessness, incarceration, unprotected anal sex, and being employed in sex work, combined with the fact that the hormones used in gender reassignment can cause erectile dysfunction and lead many transgender women to assume the receptive role during sex, contribute to the reality that transgender women have the highest risk of contracting HIV of all demographics worldwide. Injectable hormones frequently used in gender correction also carry a risk of transmitting HIV when people resort to injecting themselves without proper education about safe techniques. Additionally, studies have suggested that the increased anxiety caused by societal discrimination, abandonment by family, and sexual rejection lead to a higher instance of alcohol and substance abuse in the transgender community, which is associated with a higher risk of contracting HIV and STDs. There is also a possibility that sexual activity involving a surgically-created “neo-vagina” may carry a higher risk of transmitting HIV than unprotected vaginal sex, though there isn’t enough data to make affirmative statements regarding the transgender STD statistics of reconstructed genitalia.

More research is needed to identify and begin to tackle the issues plaguing the trans community, including the high risk of HIV infection, which in turn leads to a high risk of co-infection with other STDs. The CDC provides support for health care and community organizations dedicated to helping transgender Americans. Campaigns designed to reduce the stigma associated with being transgender also help by creating a kinder, gentler environment and, hopefully, reducing the instances of physical and sexual violence against transgender individuals. As with any other demographic, getting tested for STDs and HIV is pivotal for preventing the spread of disease; confidential STD testing can alleviate the stress and potential mistreatment that comes with visiting a physician’s office. The Obama administration recently banned health insurance companies and healthcare providers from discriminating against patients based on their gender identities, so it seems that the tide is turning in a way that will benefit the trans community.