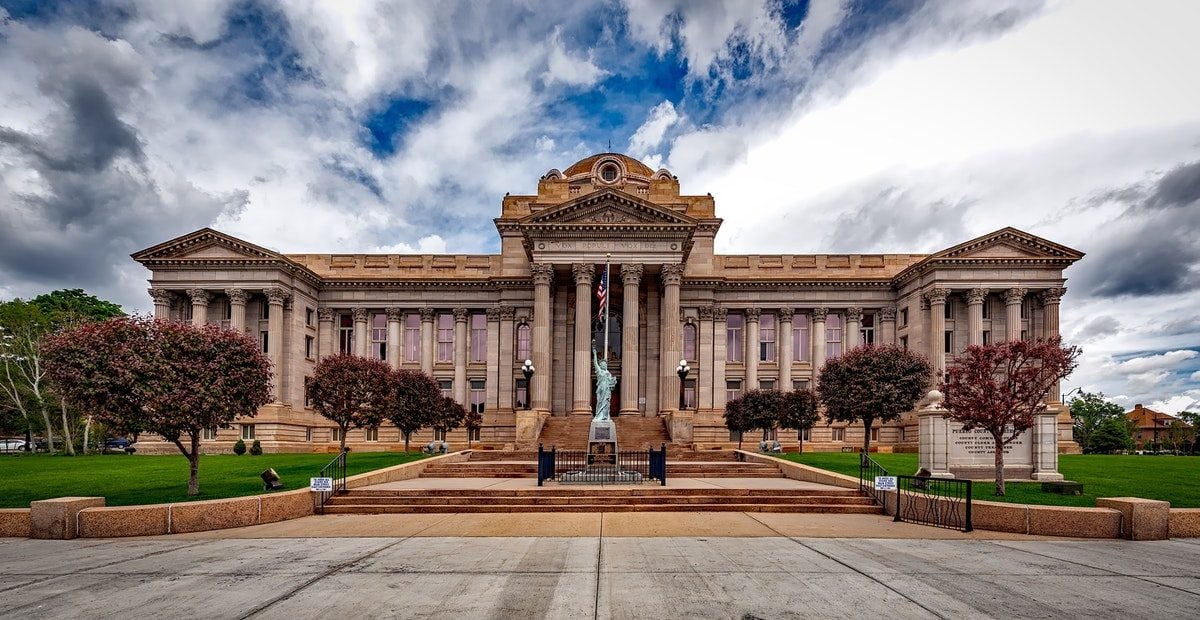 HIV has a long history of teetering on the fringes of the legislative process. From the very beginning of the epidemic, states have enacted laws specifically targeting HIV-positive individuals, presumably to penalize people who know their status and knowingly expose others to the virus. At least 33 states in the U.S. have laws on the books that criminalize various behaviors within the HIV-positive population, with 25 of those states criminalizing behaviors that carry a low or minor risk of transmitting the virus. At least 14 states require an HIV-positive person to disclose their status with anyone they share a needle with, such as during intravenous drug use. More than 24 states have laws enforcing the disclosure of a (known) positive HIV status to all sexual partners. Many states differentiate between STDs and HIV/AIDS, and have passed legislation that specifically targets HIV and AIDS.

The debate on the legality and equity of these laws rages on. The pro-HIV legislation side claims to have the interests of the general public at heart, insisting that laws are on the books not to discriminate against the HIV-positive community, but to protect the public-at-large from the reckless spread of a deadly disease. Proponents on the other side of the issue argue that many of the laws are too strict and practically make the act of engaging in sexual activity while being alive with HIV a crime, citing cases such as an HIV-positive Texas man currently serving a 35-year sentence for spitting at a police officer, an HIV-positive man in Michigan charged for possession of a biological weapon under the state’s anti-terrorism statute after biting a neighbor, and an HIV-positive man in Iowa sentenced to a 25-year sentence after engaging in sexual activity with an undetected viral load, while wearing a condom; the sentence was suspended, but the man was required to register as a sex offender and is not allowed unsupervised contact with young children, including his nieces and nephews.

Whatever your stance on the topic may be, it is a fact that is it crucial for everyone, HIV-positive or not, to know and understand the laws and that regulate the sexual activities of HIV-positive individuals and their implications. 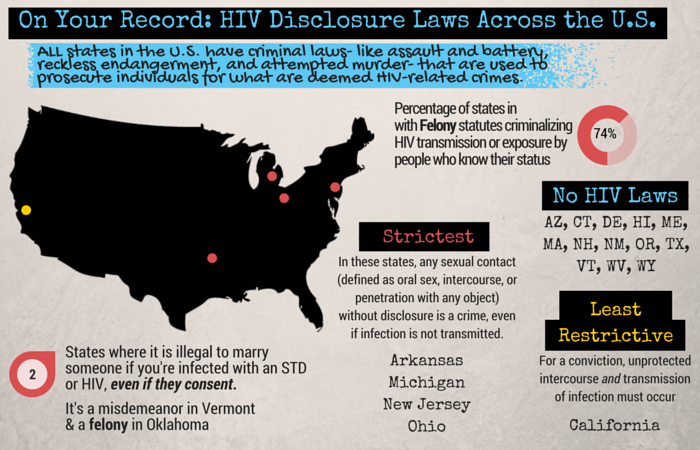 The table below is a state-by-state breakdown of the penalties for crimes varying from sharing bodily fluids or engaging in sexual contact without disclosing a positive HIV status to purposely transmitting HIV/AIDS as an attempt to murder someone. Each state has the right to define terms as they see fit, so in some states sexual contact can include oral sex, intercourse, and even penetration by an object. Some states criminalize sex without disclosure regardless of whether measures were taken to prevent the risk of transmission, such as condom use. Many state health departments have acknowledged that the laws of their state were enacted prior to the advent of anti-retroviral therapy (ARVs) and pre-exposure prophylaxis (PrEP). (Data source: State health department statements between 2012 and 2013, collected by ProPublica, an independent non-profit newsroom.)

*Footnote: It’s important to keep in mind that laws change with time. Considering it has been years since the publication of this blog post, it may be best to check out the most up-to-date information regarding HIV laws on the CDC’s website.