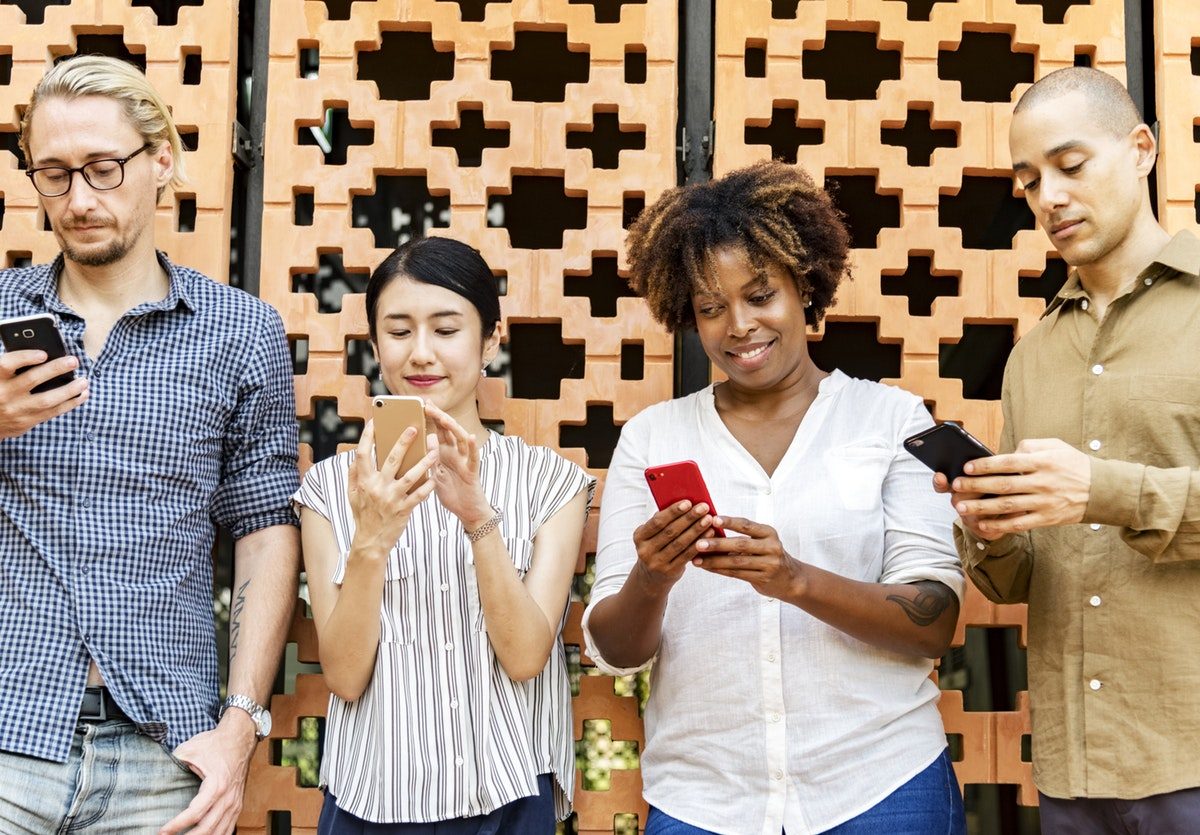 Have You Heard the One About…? STDs in Rumor and Folklore

Everyone loves gossip, and when the topic is sex, rumors fly and stories abound. However, since people don’t always know where to look for accurate information about STDs, rumors and stories about them are particularly common. We’ll walk you through some of the most popular ones and give you some tools for getting to the bottom of them.

What counts as a rumor or story in folklore terms? Folklore is a culture that circulates informally rather than institutionally, so it includes playground games and nursery rhymes as well as internet memes and urban legends. Folklore also encompasses myths or false beliefs, such as HIV myths. So when we talk about rumors and gossip, we’re referring to short descriptive stories recounting an exciting or scandalous event that may or may not have actually happened. If a story’s long enough to have some characterization and plot to it, and it’s being told as true, it’s probably a legend.

The thing about rumors and legends is that they’re awfully hard to verify, but they persist nonetheless. We know from folklore scholars like Jan Brunvand that people compulsively tell and retell legends because of three main reasons:

Let’s go through some STD legends and rumors to see how these factors play out, and what they can tell us about what people believe about STD transmission and prevention.

“This guy was at a party, and when he went to leave the hostess gave him a huge kiss. He noticed after the kiss that the hostess had a big nasty cold sore on her lip. He didn’t think anything of it. Later, he was with his girlfriend and gave her oral sex. He ended up giving her herpes, too.”

This legend scares the listener with a tale of plausible herpes transmission… sorta. While there are two main types of herpes, HSV-1 and HSV-2, and they can each live in either the mouth or the genitals, the story leaves out some important information. Barrier use during oral sex can help prevent the transmission of STDs like herpes. It’s not always possible to tell who has an STD just by looking at them since some (like herpes) can be asymptomatic. But because this kind of information doesn’t generally circulate in our culture, legends like this one that carries a meaningful message (that sex and even kissing can be risky) will resonate with people enough to get them to retell these stories.

“One of my friends informed me of a bar somewhere in Toronto or Ontario where people carried needles infected with the [HIV] virus, [infected] directly from themselves, and while people would be getting drinks or dancing, whoever had these needles would prick the unsuspecting person. Another girl I know told me about a similar incident in which some legal aged young people ‘snuck’ a younger sister, only 16, into a bar. She ended up being the one stuck with an infected needle.”

Maybe you’ve heard this one before about a needle in a movie theater seat, or a needle in a pay phone coin slot. One of the ways to tell that you’re dealing with folklore is if the same story pops up again and again with subtle changes and variations. So what are these rumors about? They clearly reveal a lack of knowledge about how HIV is transmitted because, while it is carried in bodily fluids such as blood, it cannot live outside the body for long. What we’re seeing here is a fear-based rumor about the dangers of infection by physical contact in the public sphere. This is a compelling message since it’s more comforting for people to believe that they can protect themselves by altering their habits when they’re out and about rather than examining their sexual health risks more critically. 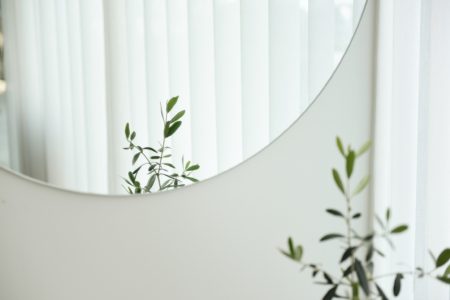 “A friend of a friend picks up a woman. In the morning, she’s gone, but a message in lipstick on the bathroom mirror tells him: ‘WELCOME TO THE WORLD OF AIDS’.”

The “friend of a friend” formula is pretty familiar in legends and rumors, and it helps give the text credibility. In this short-but-sweet text, we see a meaningful moral or message about promiscuity as a risky behavior. Promiscuous behavior (“picking up” a partner for a one-night-stand) is portrayed as risky here…and it is! But it’s important not to lose sight of the fact that it’s possible to contract an STD from having sex in a monogamous relationship, too, based on various factors like intravenous needle use, whether infidelity has occurred, and so on.

“This girl needed a break and decided to go to Florida for a month or two holiday, I think. While she was there she met a man, who seemed to be the man of her dreams. He had money, he treated her like gold and he gave her everything she wanted. She fell in love with him and…during her last night there they slept together. The next day he brought her to the airport for her return to St. John’s. He gave her a small gift-wrapped box and told her not to open it until she got home. They…said goodbye and she left, hoping that someday they would be married and the gift would be an [engagement] ring. The suspense was killing her and…she decided to open the gift on the plane. It was a small coffin with a piece of paper saying “Welcome To The World of AIDS.’ “ 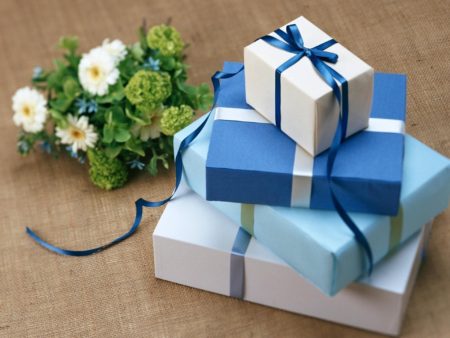 While this legend was collected in Newfoundland, Canada, similar versions circulate all over North America. This story is about the mistakes of trust and risk assessment. It shows someone making a calculated decision to have sex (presumably without a condom) with someone who is emotionally important to them, as though emotions act as a barrier against STD transmission. It reveals the cultural notions of who is vulnerable to STD infection, like in the one-night-stand rumor above (hint: it’s people having sex outside committed relationships). The story also importantly displaces the location of infection: the encounter happens far from home, almost giving the impression that people who stay home and behave won’t get STDs. But in reality, you can get an STD anywhere, so it is important to practice safer sex and realistic risk assessment.

What do the Professionals Say?

Sound gross? Yep. But rumors about getting STDs from food—which are also told about syphilis as well as HIV—abound because people are both fearful and uninformed about STD transmission. These stories employ plot hooks, suspense, and generally gross things to grab your attention, and they convey meaningful information, in the sense that they reveal what people believe, not what’s necessarily accurate.

So What Can You Believe?

Just because you hear something from a reliable source—a friend of a friend, a news outlet, or elsewhere on the internet—doesn’t make it true. Rumors and legends get reported by news stations frequently since these expressive forms aren’t confined to oral tradition (which is what people usually think of when they think of folklore). Check Snopes.com if you’re feeling skeptical or if you’ve already heard a similar enough version to raise your suspicions that you’re dealing with folklore rather than a true event. And remember, plenty of rational folks believe these stories when they come from a believable source, so be gentle when you encourage people to consider whether they’re transmitting folklore that is more truthful in an emotional sense than a factual sense.

By staying informed about legends and rumors, and knowing how to ID them as folklore, you can contribute constructively to conversations about STDs. Folklore is so persistent because it speaks to people’s anxieties and concerns, so by learning about the worries circulating around STDs, you can identify the very real fears that people have about sex and STD transmission.

Dr. Jeana Jorgensen is a sex educator, scholar, and writer. She teaches anthropology and gender studies at a Midwestern liberal arts college, and her academic research addresses gender and sexuality in folklore genres like fairy tales and legends, as well as alternative sexual identities like non-monogamy and BDSM/kink. Her work in sex education revolves around communication, such as setting boundaries and having safer sex talks with partners. 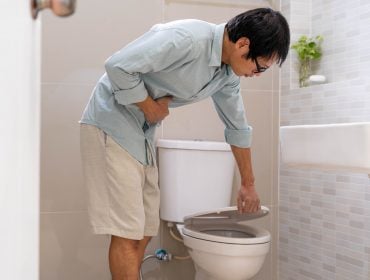